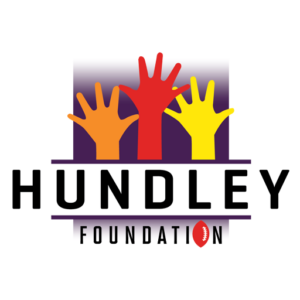 The Hundley Foundation hosted the quarterback’s annual Halloween Spectacular for more than 250 kids and families who live with epilepsy.  JJ Stankevitz

Colts quarterback Brett Hundley was named the Week 7 NFLPA Community MVP for his foundation’s annual Halloween Spectacular, which hosted more than 250 kids and parents who live with epilepsy.

Hundley and his sister, Paris – who was diagnosed with epilepsy as a child – founded the Hundley Foundation in 2019 to provide a safe haven and resources for children living with epilepsy and other disabilities. Many children with epilepsy can feel isolated, alone or uncomfortable in large events for fear of having a seizure.

Hundley’s Halloween Spectacular, held in Las Vegas, is a free event designed as a safe space for families living with epilepsy to connect with each other while relaxing and leaving their own challenges behind. This year’s Halloween Spectacular featured costumes, food, music, trunk or treat, pumpkin decorating, mummy rapping and a candy bag scavenger hunt.

“Being in a position where I can give back ad help families and kids is what it’s all about,” Hundley said.

In May, Hundley raised more than $40,000 to support the Hundley Foundation with his first annual LACE’EM UP for Epilepsy Walk in Las Vegas. He also partnered with “Pawn Stars'” Rick Harrison to help lead Harrison’s 7th Annual Pawn Stars Poker Run in May, during which more than 200 motorcycle riders joined to raise $80,000 for charity.

he NFLPA will make a $10,000 contribution to Hundley’s charity or foundation of choice in honor of him being named this week’s community MVP. Hundley will be eligible for this year’s Alan Page Community Award – the highest honor the NFL can bestow on a player.